Former Egyptian President Adly Mansour issued decree 115 on April 9, 2014, granting 198 acres to Zewail City for the construction of the new campus in the October Gardens of 6th of October City.

President Abdel Fattah al-Sisi decreed that the new campus be built by the Engineering Authority of the Egyptian Armed Forces and inaugurated in a one-year time frame. The University of Science and Technology in Zewail City "UST" and Research Institutes are now fully operational at the current campus in October Gardens. A team of prominent architects worked — under the direct supervision of the Chairman of the Board — on developing the rest buildings on campus that would achieve the City’s vision and mission within a structure that unifies the three essential components of Zewail City.

Zewail City’s campus is spacious, technologically innovative, and environmentally sensitive. With new and developed facilities, the City will have a progressive campus offering state-of-the-art resources to students and faculty, which will further enhance Zewail City’s reputation as one of the leading academic institutions.  The new campus expresses the City’s mission; to bring about effective participation in 21st Century science, and elevate local technologies to the world level, and increase national productivity. The design of the new campus satisfies the Egyptian and architectural traditions. In such an environment, we provide a merit-based education and engage with the public-at-large, in order to contribute to developing a knowledgeable society.

The design includes highly utilized facilities for students and faculty interaction with the community. It is structured to accommodate exhibitions, events, performances, and many outdoor functions, in addition to outstanding audiovisual equipment and technical facilities. Classrooms and Dormitories for students and faculty are furnished and equipped with exceptional IT facilities with wireless networking.

The Administration and Cultural Complex 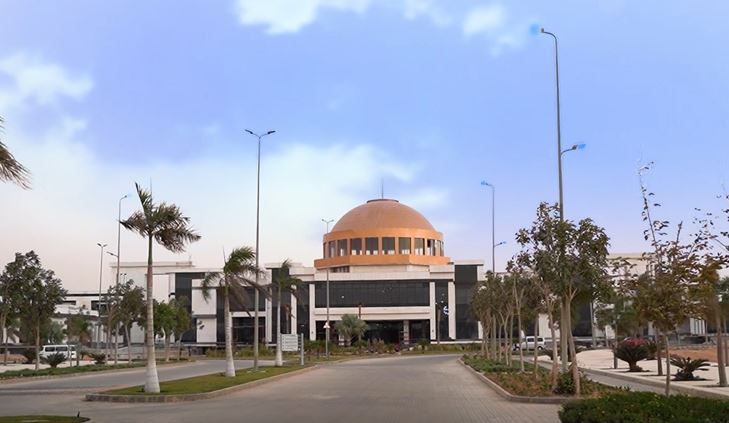 The University of Science and Technology Building

The building is around 110 k square meters. It consists of 4 levels, and it includes all the educational classrooms and lecture halls which are highly equipped according to the global technology standards. it will also have experimental labs, a Students Library, Cafeterias, and Clinic in an 800 square-meter area.

The biggest institute for nanotechnology in the area. It is the main constituent of the knowledge pyramid that boosts the competitive local industries and develops modern medical services for society. The thing that would highly reflect positively on the economy as a result of the intellectual property gains. The building has the largest Clean Room in Egypt. There is also the 4D imaging and laser laboratory of Dr. Ahmed Zewail - his last invention - that has been developed later with another 4D microscope.

HIMS building includes several research centers that are specialized in sciences and medical technologies for common diseases, such as the center of Genomics that is specialized in health and genome (CG), Center for Aging and Associated Diseases (CAAD), Center of Excellence for Stem Cells Research and Regenerative Medicine (CESC). It is worth mentioning that these research centers have registered many patents and published a lot of scientific research, they also contributed to reaching out to some significant scientific discoveries especially in genomics, and cancer treatment by identifying the patient's genetics strains. It is considered the first institute for the new research projects, as it contains all the required modern technologies for students' needs. Helmy was named by a decision of the Board of Trustees that was headed by Dr. Zewail five years ago, in appreciation of the role of Dr. Hassan Abbas Helmy, the man of Egyptian industry and one of the biggest supporters of Zewail City, for he believes in the importance of scientific research and its impact on the economy. 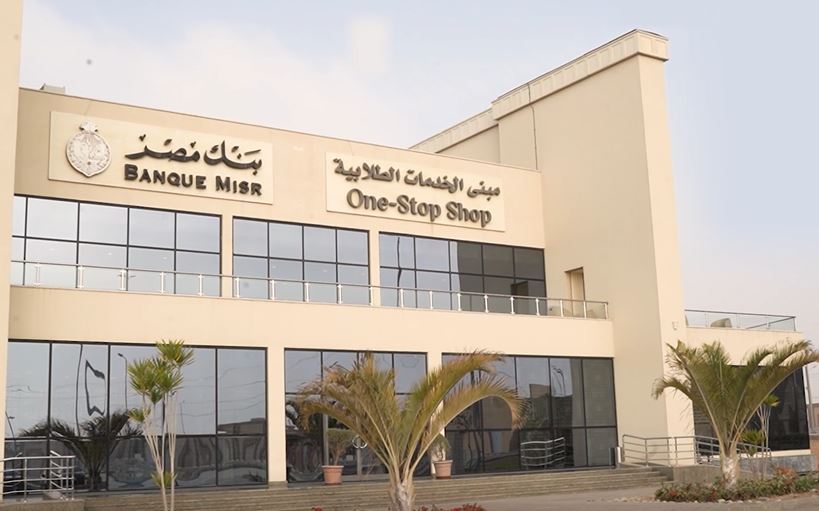 The building has all the student-required services from admission application to graduation. It also covers all strategic studies. As an important unit in Zewail City, it represents a real breakthrough in terms of career training and professional guidance to students about their future career by helping them choose from the available study plans and tracks based on to their passion. In addition, there are a lot of training programs offered for large companies inside and outside Egypt. There is also the exceptional Industrial Engagement unit in One Stop Shop. It is a unit whose objective is to support and develop the community by providing professional consultancy to companies and provide solutions to their major industrial challenges. 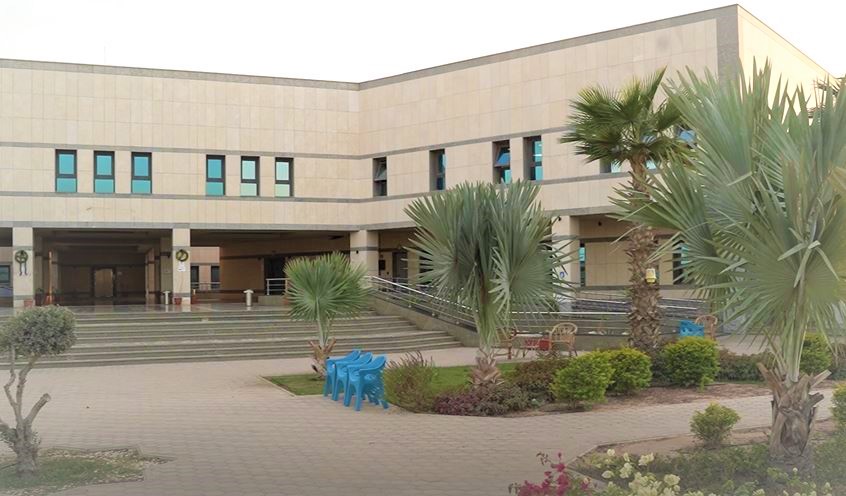 It is the engineering services building that includes all Zewail City community services and facilities. It contains the central units of control for air-conditioning and other technological and power support units in addition to the main warehouse of Zewail City. It also has engineering labs and workshops that are available for students and researchers to perform and implement their experimental projects as one of the important elements in the high-quality education in Zewail City. 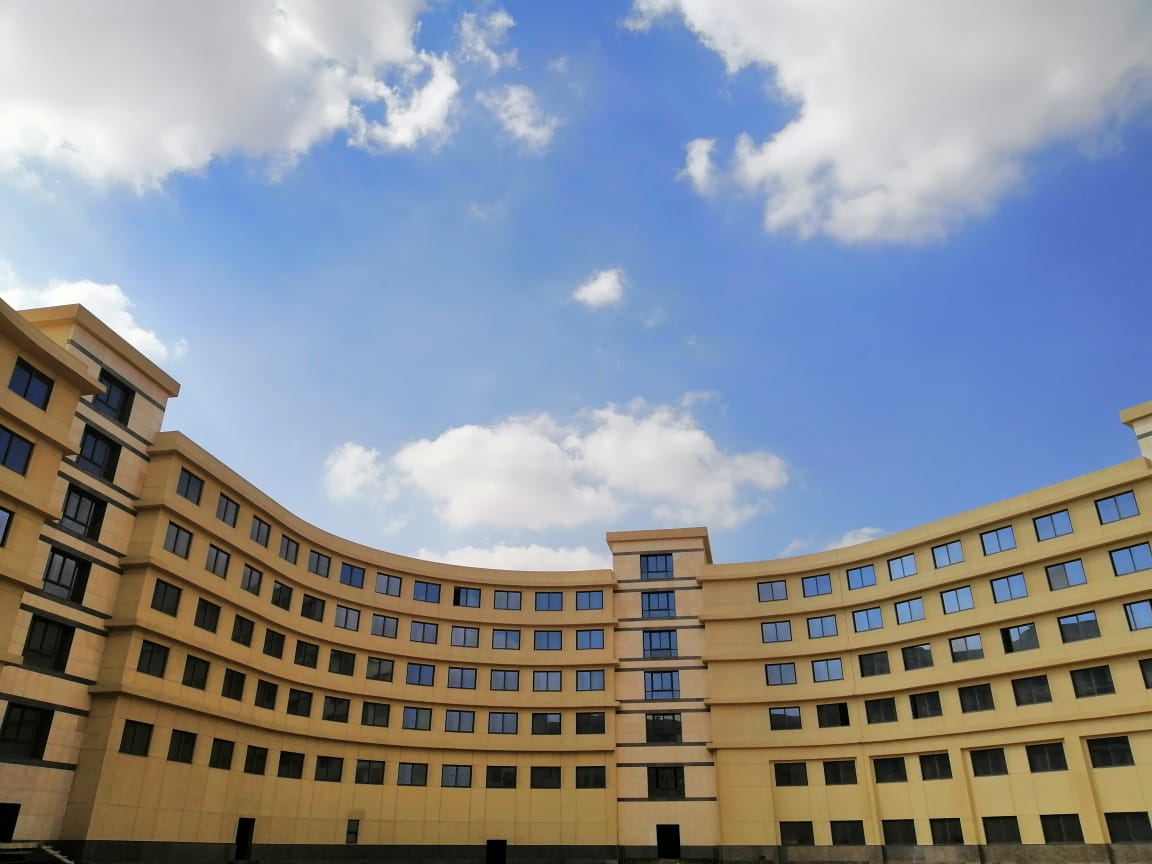 The building contains a total of 241 fully equipped double rooms with a capacity of 482 students and in the future, the double rooms will reach 1000 rooms with a capacity of 2000 students, all rooms contain 2 offices and one bathroom. The housing building is equipped with all services and security to maintain a safe environment for our residents. It also has an Internet and power supply, studying areas, a gym, and a restaurant with 800 square meters that is under construction and development to be on the highest level of health measures.