Prof. El-Sherbiny wins the Khalifa Award for Distinguished Professor at the Level of Arab Scientists 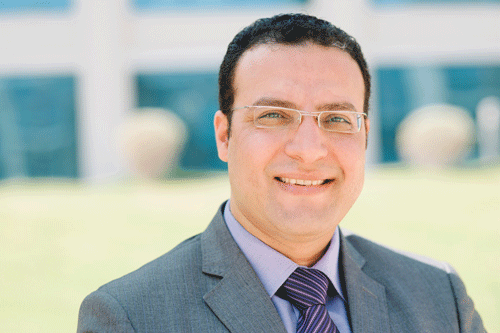 Dr. Ibrahim El-Sherbiny, professor of nanoscience and materials sciences, has been named a winner of the Khalifa Award for Education for Distinguished Professor at the level of Arab scientists.
The Deputy Prime Minister and Minister of Presidential Affairs and the Chairman of the Council of Trustees of the Khalifa Award for Education, Sheikh Mansour bin Zayed Al Nahyan, has announced the winners of the Khalifa Award for Education in its fourteenth edition.
Professor El-Sherbiny has been selected among a total of 27 winners, 16 are from the UAE and 11 from other Arab countries. The winners will be honored at a special ceremony to be held at the Emirates Palace in Abu Dhabi which will be announced later.
Khalifa Award for Education is an educational award founded by Sheikh Khalifa bin Zayed Al Nahyan, the President of the United Arab Emirates and the Ruler of Abu Dhabi. It includes all categories of those working in the field of education in the UAE and in the Arab world.
It aims to release the potential capabilities of educators by creating an environment conducive to enabling educators to excel in an honest competition that releases their innovative capabilities and recognizes their outstanding educational skills.
Prof. Ibrahim El-Sherbiny works as a professor of nanoscience and materials sciences, director of the nanoscience program, director of the research center of materials science (CMS) in Zewail City of Science, Technology and Innovation, the vice-president of the Egyptian National Committee for New and Advanced Materials, and a member of the National Council for Drug Research of the Academy of Scientific Research in addition to being a member of the Higher Studies Council in the National Organization for Drug Control and Research of the Ministry of Health.