Dr. Khalil Collaborates with Barcelona Institute of Science and Technology on a New Research Paper 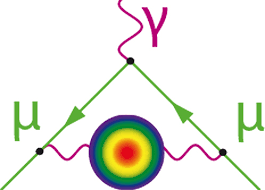 This paper was based on a collaboration between Dr. Shaaban Khalil from Zewail City and Dr. Luigi Delle Rose from The Barcelona Institute of Science and Technology, Spain and Prof. Stefano Moretti from the University of Southampton, UK. The team aimed at explaining the anomaly currently presented in various data samples, which is considered as a hint for physics beyond the standard model of particle physics. In their explanation, they considered a new model with Aligned 2-Higgs Doublet Model with right-handed neutrinos, which is perfectly consistent with neutrino masses and mixing. In addition to our explanation for the aforementioned anomalies, we also predict an almost background-free smoking-gun signature of charged and pseudoscalar Higgs bosons predicted by this class of models