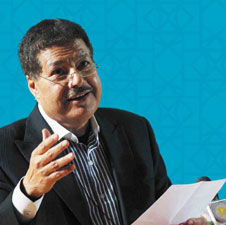 For millennia, Egypt has made significant contributions to the progress of mankind and to the advancement of society. As a cradle of civilization and a beacon of knowledge, Egypt was a leader in scientific discoveries and innovations that defined the foundations of many fields including astronomy, chemistry, medicine, and of course engineering whose supremacy can still be seen today in the majestic architecture of the Pyramids and Karnak.

Indeed, Egypt is a living testimony to the nexus between the power of knowledge and the progress of society. Nearly a thousand years ago, the Islamic civilization paved the way to the European Renaissance through contributions of scientific knowledge, and only two centuries ago under the visionary leadership of Mohammed Ali, Modern Egypt underwent a renaissance in education, culture, and industry through interactions with Europe. Egypt became a regional industrial and military superpower, and reforms in education were crucial elements that brought about the renaissance. At present, however, the contributions of Egypt and the Arab world to science and technology, and to knowledge-based economic productivity, go unnoticed on the regional and global levels. Like many Arab societies, Egypt is young. The activists who filled Tahrir Square in 2011 demanded liberty and social justice, valid ends in themselves, but their ultimate goal, I believe, was social and economic change — educational opportunities, leading to sound jobs and a decent life — necessary to flourish in the modern world. As the first Egyptian, and Arab, to be awarded a Nobel Prize in science, and a former special envoy sent by the Obama administration to promote science in the Middle East, this is my foremost concern.

The recent revolution has brought to the forefront insurmountable challenges on all levels and a strong drive for Egypt to move into the future with new strategies that will enable the country to reclaim its role on both the regional and global levels. The first part of the strategy is to build a new generation of leaders, scientists and entrepreneurs capable of having a significant impact on society. The second part of the strategy is to introduce new cutting edge fields of endeavor, which will align closely with market and national needs. Clearly, the creation of sustainable development through industries built on the outputs of scientific research requires a new system of education and scientific research. The vision behind Zewail City of Science and Technology, the “National Project for Scientific Renaissance” was charted to capture Egyptian’s imagination and strategies and to demonstrate the power of science in building the future. Just as the Aswan Dam provided the power to build the industrial base, the National Project — in this age of science (Asr Al Alm) — must provide the power for the mind, as “Knowledge is the Light of Life”, and knowledge-based economy is the only way for improving national productivity. The City is not in isolation. It must cooperate with existing governmental, non-governmental, societal and civic efforts in the general areas of scientific research. In order to contribute significantly to Egypt’s development, the City has established a five-component structure that defines the path from university education to research and development and on to the local and global economy market.

The City’s first component: the University of Science and Technology which was established to prepare a new generation of scientists and entrepreneurs, a generation capable of thinking critically and creatively, mastering basic sciences and knowledgeable about the cutting edge interdisciplinary fields of basic and applied sciences and engineering. The second component is a collection of state-of-the-art Research Institutes. In the Research Institutes world-class science is carried out and they also address strategic priorities and inherent problems relevant to the country; examples include treatments for epidemic and infectious diseases such as diabetes and Hepatitis C, which are widespread in Egypt. Research is currently underway to find alternative sources of energy including solar energy, which Egypt has in abundance.

Exploring planet and cosmic forces by studying fundamental physics of our universe is another frontier of study at the Research Institutes. The original research developed at the City is transferable to industry through the third component of the City: the Technology Pyramid. It will become the leading hub for high-tech innovation and development by attracting international corporations as well as incubating national startups and spin offs. The fourth component is an Academy to prepare outstanding students after preparatory school in order to prepare them to the modern education at the university level. Lastly, the fifth component: the Center for Strategic Studies, which is designed to conduct large-scale feasibility studies across all areas identified as national priorities.

In spite of the present economic hardships, Egyptians have decided to invest in the future. The Government has provided the land and initial buildings for the National Project. Egyptians inside and outside the country are continuing to make donations to the City, from 10 pounds by the children of this nation to millions of pounds from great Egyptians. Such national figure are Dr. Hassan Abbas Helmy and Mr. Samih Sawiris. Equally important is the support obtained from national institutions and foundations in Egypt, which began with a contribution from the National Bank of Egypt, and contributions from Banque Misr and Commercial International Bank (CIB) Foundation. The youth of the revolution supporting the City — known as Zewail City Friends — have played an important role in the fundraising campaign.

To date, the City has managed to attract world class scientists to join in this vision and to help Egypt become a major player in science and technology on the regional and global levels. Currently, research in fundamental physics, biomedicine, solar energy, nanotechnology and other fields is underway. We accepted the first and second cohorts of students to the University of Science and Technology; in the first year, 300 students were admitted out of 6000 applicants, a 5% rate that is comparable to those of Harvard and Yale! We have also appointed an effective team of staff at the City, and both the administrative building in Garden City and the campus in the 6th of October City, at the outskirts of Cairo, are now fully operational.

In addition, the construction at the New Campus is proceeding on a steady pace. A 200 acre premises in October Gardens were granted to the City to be built by the Engineering Authority of the Egyptian Armed Forces and the first phase of the new campus will be inaugurated before the fall of 2016.

My commitment to support the project remains unwavered and I continue to lead its Board of Governance, which includes five Nobel laureates and distinguished national and international figures. Despite all of these achievements we still have many challenges, but numerous opportunities are expected to rise and to propel the national productivity into the developed-world level. With the commitment of Egyptians to this National Project, together with the cooperation with other research and educational institutions in the country and abroad, I am confident that we will succeed and prove the City’s motto “Egypt Can” during this historic epoch of Egypt and Arab Awakening.

Founder of Zewail City of Science and Technology